Why Does My Cat Eat Grass?

There are hundreds of  websites, blogs and you tube videos all attempting to explain “why does my cat eat grass?”. With so many myths, misinformation and differing opinions how do you separate fact from fiction? Who do you trust? Having waited 11 years since their last report, UC Davis School of Veterinary Medicine conducted research in to plant eating habits in domestic cats. We explain the facts, dispel the myths and advice provided by the team responsible for the research.

The research conducted by Benjamin L. Hart, Lynette A. Hart and Abigail P. Thigpen is significant as it is the first scientific research report into the “Characterisation of plant eating in cats”. The report was presented at the annual Congress of the International Society for Applied Ethology in Bergen, Norway and published in the Scientific Journal in August 2019.

The issue with previous explanations as to why cats eat grass, is that it is based on two things. 1. general speculation and theories as to why cats would want to eat grass. and 2. the 2008 research on grass eating in dogs. The research was accredited to eating habits of wolves, with a single reference to cats. The eating habits of cougars in Utah. The explanation given in the 2008 report was based on research in primates. In the past explanations for cats eating grass have been:

The 2008 report did state that more research into domestic cats was required and in 2019 they have delivered as promised with surprising results. 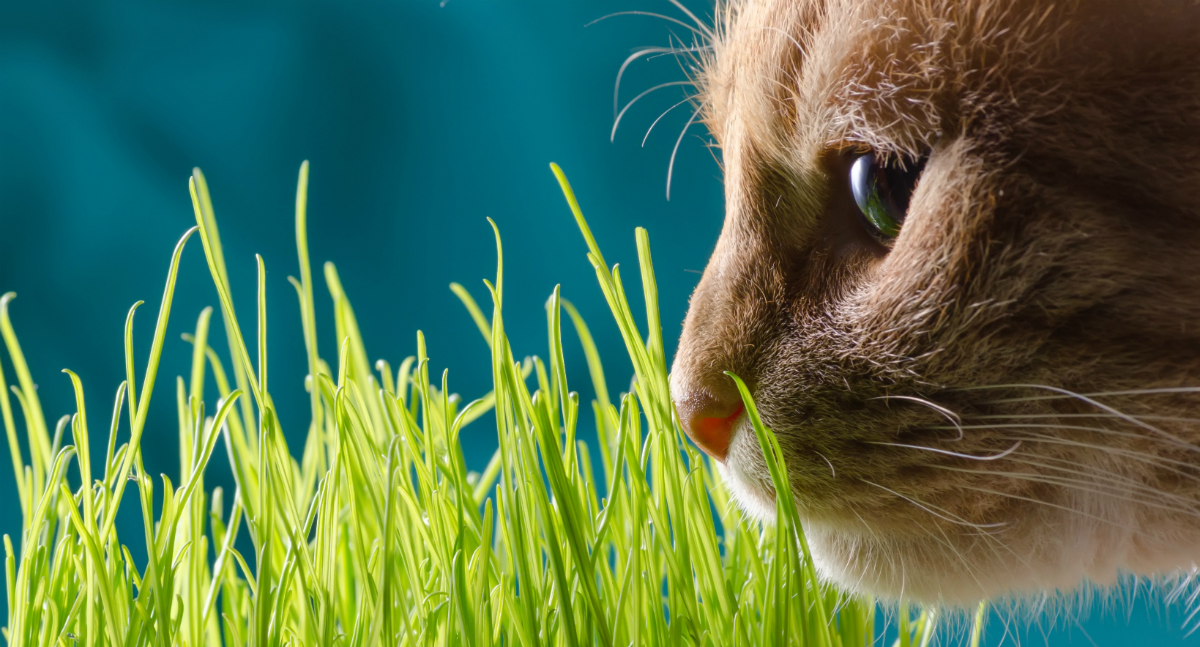 The research, “Characterization of plant eating in cats, Benjamin L. Hart, Lynette A. Hart and Abigail P. Thigpen” is significant as it is specific to domestic cats. The web based survey of cat owners, received 2,296 returns. Excluding cats that are indoor without access to plants, and cats that are outdoors where owners cannot see if they are eating plants, the main inclusion criterion was that the owner had to have been able to see the cat’s behavior 3 or more hours a day. The resulting 1,021 returns revealed:

It’s great to receive scientific insight into why cats eat grass but the following considerations should be taken into account:

What do we take away from this – Why does my cat eat grass?

Let’s dispel the myths first with these new insights:

Parasitic Load (Amount of worms in the intestines)

As the researchers see it your cat eats grass because it has an innate behaviour, inherited from its wild carnivore ancestors (Big Cats) to remove worms from its intestines and maintain a healthy parasitic load (amount of worms in the intestines).

The explanation offered by the researchers is that “regular plant eating by domestic carnivores (cats) is a reflection of an innate predisposition (natural behaviour) of regular plant eating by wild ancestors”. This “is supported by numerous reports of wild carnivores eating plants, as shown mostly by the non-digestible grass and other plant parts seen in their scats (cat pooh).

So what do the researchers recommend?

Why Does My Cat Eat Grass?

The take away from this is that eating grass isn’t a signal that your cat is sick, more importantly it’s an instinctual behavior that even the most diligent owner won’t be able to stop. The solution the research team suggests, “Buy or cultivate some indoor grass for your pets to chew on. This will give them a chance to exercise this innate behavior with a safe source of nonpoisonous plant life”.

Domestic Cats eat cat grass as it is an essential natural behaviour providing a healthy solution to parasites. 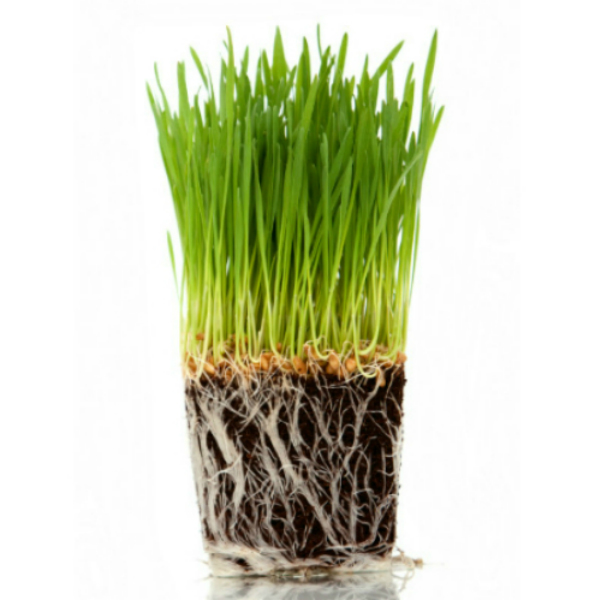 Fresh, organic, soil grown Cat Grass delivered to your door. My Cat Grass uses only 100% organic certified seeds from British farmers! Our Ready Grown Cat Grass – Overnight Delivery is suited to our customers who wish to receive their cat grass as soon as possible. Included in the box are 4 x 9 cm x 9 cm x 10 cm pots of organically grown cat grass using soil association approved soil. Also included in every Ready Grown Cat Grass box is a premium “surprise” treat or toy carefully selected each month from one of our preferred partners.